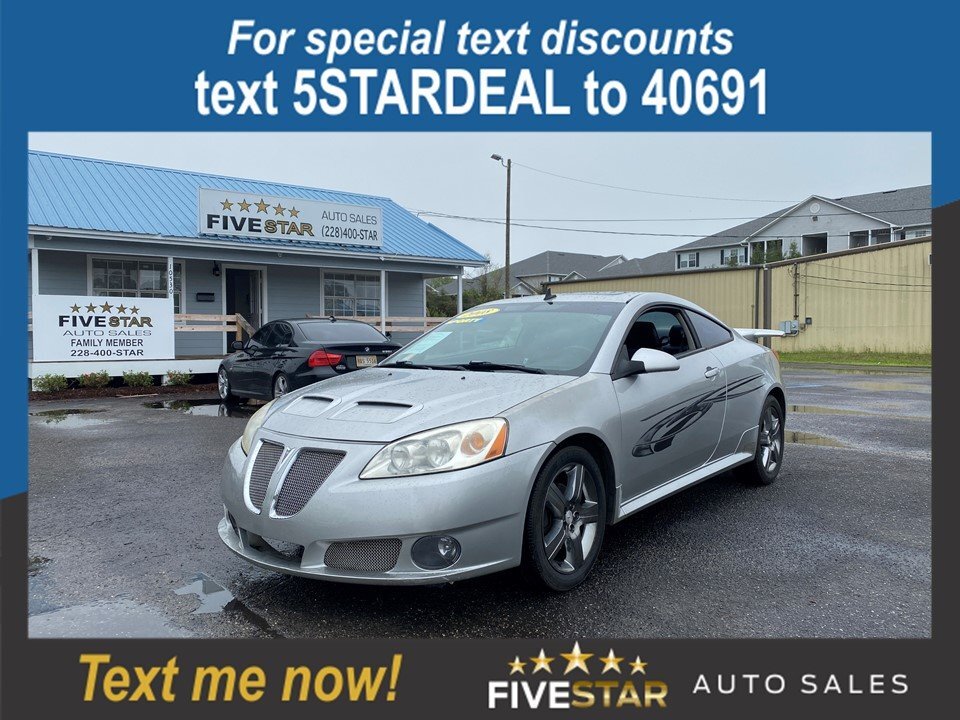 LEATHER, HEATED SEATS, SUNROOF!! Bad Credit? No Credit? And even Star Credit? NO PROBLEM HERE!!! We specialize in bad credit auto loans!! We have financing for EVERYONE! Approvals based on proof of income. Just bring in your most recent paystub and you are APPROVED! Come experience the FIVE STAR way! Guaranteed Financing. Application is Quick and Easy! 10530 Auto Mall Pkwy, D'Iberville, MS 39540 228-400-STAR or Text 5STARDEAL to 40691 www.5-STARAUTOSALES.com

Model Overview
Pontiac's 2008 G6 includes three different body styles--sedan, coupe, and convertible. The sedan is available in base, GT, or GXP trim, while the coupe is offered in either GT or GXP models. The convertible is only available in mid-range GT trim.

The G6 convertible has room for four and a unique, tight folding-hardtop arrangement designed by German coachbuilder Karmann that can stow away in about 30 seconds.

With the four-cylinder engine, the G6 returns impressive EPA fuel economy estimates of 22 city, 30 highway under the stricter 2008 calculations.

Besides the new 3.6L engine and six-speed transmission, the GXP brings a sportier edge to the G6, with a performance-tuned suspension, larger 18-inch wheels, the StabiliTrak stability control system, and a number of other improvements in addition to what's offered on the GT, including a unique front fascia, dual exhaust tips, a rear spoiler, heated seats, and automatic climate control.

Six air bags are now standard on the G6, including side thorax air bags in front, and standard side curtain air bags on coupes and convertibles.

Model Strengths
Unique Folding Hardtop Convertible
Standard Side And Curtain Air Bags
Fuel Efficiency (four-cylinder)
Solid Acceleration (V6s).
Model Changes
For 2008, the Pontiac G6 lineup is bolstered with a new, performance-oriented GXP sedan and coupe, which replace the former GTP for all but the convertible. The convertible is now only available in a single trim, the GT.
Safety is also stepped up. Seat-mounted thorax side impact air bags are now standard on all models, along with anti-lock brakes. Entertainment systems are improved with a new auxiliary input jack for all models, plus OnStar. GT models now get standard XM satellite radio, and an 18-inch wheel option is new for the GT convertible. 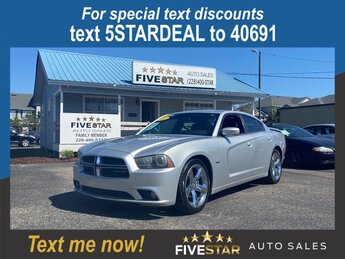 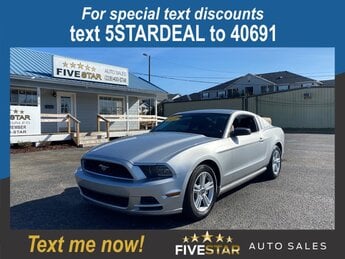 * Pricing -  All vehicle pricing shown is assumed to be correct and accurate. Incentives, credit restrictions, qualifying programs, residency, and fees may raise, lower, or otherwise augment monthly payments. Additionally, incentives offered by the manufacturer are subject to change and may fluctuate or differ based on region and other considerations. Unless otherwise noted or specified, pricing shown does not include title, registration, or tax fees and costs.

* MPG - Vehicle information, as well as features and other inclusions, may vary by model and are based exclusively on standard equipment. No claims, warranties, or guarantees have been made related to the accuracy of customer payments, model equipment, or vehicle pricing. Please call with any questions you might have and to reassert the accuracy of any information presented here.

Information deemed reliable, but not guaranteed. Interested parties should confirm all data before relying on it to make a purchase decision. All prices and specifications are subject to change without notice. Prices may not include additional fees such as government fees and taxes, title and registration fees, finance charges, dealer document preparation fees, processing fees, and emission testing and compliance charges.

Information deemed reliable, but not guaranteed. Interested parties should confirm all data before relying on it to make a purchase decision. All prices and specifications are subject to change without notice. Prices may not include additional fees such as government fees and taxes, title and registration fees, finance charges, dealer document preparation fees, processing fees, and emission testing and compliance charges.

Use this shortened URL to share your current search results.